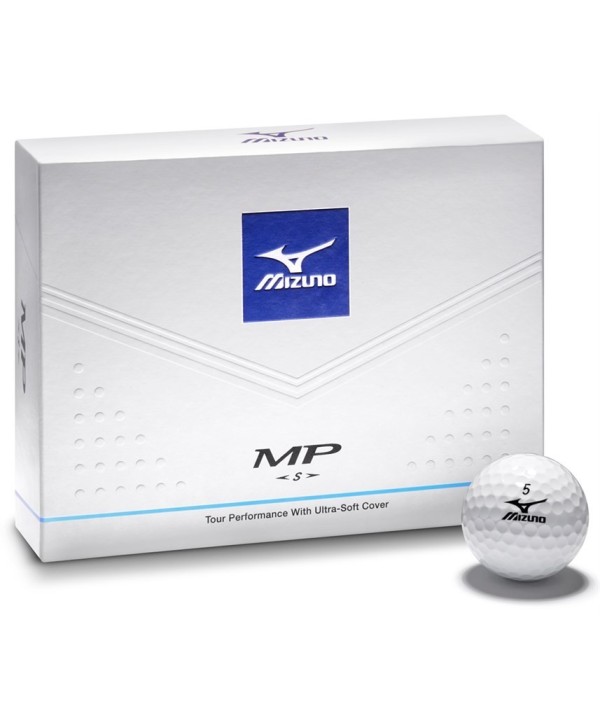 The 2015 edition features a larger inner core and thinner urethane cover – adding yards to the long game of mid/high swing speeds. The cover thickness is reduced to just 0.5mm, increasing velocity from the tee, while a 330 dimple configuration creates a highly efficient flight.“The MP-S is a high feel golf ball that works great for mid to high swing speeds – we’ve matched this ball to players who like a little spin to help their ball flight,” said Alex Thorne, Head of Tour Operations. It’s still very responsive around the greens, for guys who like the ball to check up.”Dubbed ‘the ball that loves to spin’ on its introduction – the MP-S is Mizuno’s softest, most responsive ball. The 2015 edition maintains that trait, whilst adding the dimension of increased long game distance.Features: Refined Urethane Cover Reduced to 0.5mm thickness for increased initial velocity. 330 Dimple pattern Configured for more stable ball flight. 3 piece construction Adapted for high ball speeds and responsiveness.

other products in the same category:

Secure online purchase!
We are holders of Heureka certificates.

Free Exchange of Goods!
We will exchange the goods at your home.

Reliable delivery times!
You know when you can expect your order. We play fair!

We delivery your order for free!
Orders over 2000 CZK and also the exchange of goods is up to us!